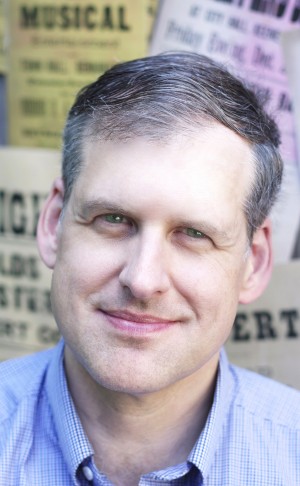 Conductor RICK BENJAMIN has built an exciting and one-of-a-kind career through the discovery and performance of historic American music. He is a tireless searcher (and researcher) of lost scores which - once found - he uses to tell the story of America's music through concerts, broadcasts, and recordings.

Today, Rick Benjamin is the leading exponent of “America’s Original Music” – the vibrant sounds of early Broadway, “silent” movies, and vintage dance. He has conducted his special orchestral programs across forty-nine states and seven countries, in major venues including the Ravinia Festival, The Kennedy Center, the Smithsonian Institution, Chautauqua, the Kimmel Center, New York’s 92nd Street “Y” and City Center, Austria’s Brucknerhaus, and the U.S. Pavilion of the World’s Fair (Seville, Spain), as well as in hundreds of America’s “movie palaces” and historic theaters.

For the past thirty-two years Rick Benjamin has been Artistic Director and pianist of the Paragon Ragtime Orchestra, the noted repertory ensemble that he founded at The Juilliard School. PRO tours year-round and has recorded eighteen critically acclaimed albums (including a BILLBOARD-charted "Top Classical Album"). In recent years Mr. Benjamin was honored to receive three major critic’s awards for his box set recording of Scott Joplin’s opera Treemonisha: Gramophone’s “Editor’s Choice,” BBC Music’s “Opera of the Month,” and Sterophile’s “Record of the Month.”

Away from the concert stage, Rick Benjamin’s melding of superb musicianship with outstanding scholarship has made him a sought-after resource for the entertainment industry, the media, and academia. He has lectured at more than a hundred universities, and his performances have been heard in the productions of the Walt Disney Company, the BBC, PBS-Television, HBO, the FX Channel, Turner Classic Movies, NPR, and more.

Rick Benjamin is a member of the National Academy of Recording Arts and Sciences and BMI.